How would it feel to be greeted by the first ray of sun in the morning, not through your window at your home but in a land where the sun seems to rise? Jodhpur is famously called the Sun City, as the sun is visible here first every morning. Jodhpur was founded in the year 1459 by Rao Jodha and the city earned its name after him. The second largest city in the state of Rajasthan is divided into old city and new city. The city is famous for its magnificent forts and palaces. Given below are the top 8 places to visit in Jodhpur that need a definite place in your itinerary. 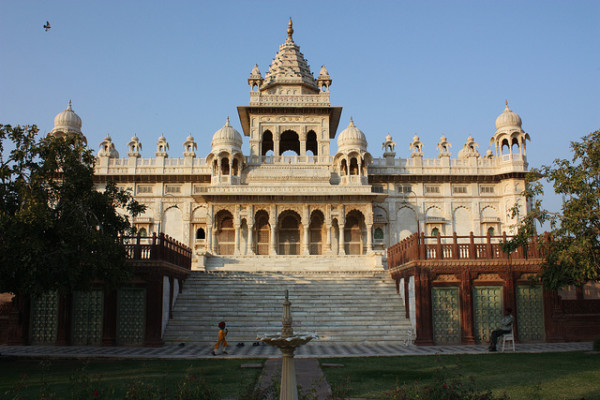 Beyond question, Mehrangarh Fort tops the list of must visit places in Jodhpur. It is one among the largest Indian forts. This invincible fort stands magnificently 400 feet above the city. Rao Jodha constructed the fort in 1459 AD. Though the attempt to construct the fort was started in 1459, the fort had seen many centuries before it was completed. Hence, you could find that the style of architecture represents various periods. The grandeur in architecture is awe-inspiring. It offers stunning views of the city. The fort stands as a symbol of power.

Jaswant Thada was built in memory of Maharaja Jaswant Singh, the Second in the year 1899. This is close to Mehrangarh Fort. The tranquility of the marble construction is enchanting. The carvings are intricate. Inside Jaswant Thada, you will find the portraits of the Rathore rulers. The grounds of Jaswant Thada consist of a stunning multilevel garden, intricately carved gazebos and a pond.

Balsamand Lake is an artificial lake that was constructed by Balak Rao Parihar in 1159 AD. The lush greenery around the lake has mango groves, papaya groves and groves of guava, plum and pomegranate. Balsamand Lake Palace was intended to serve as summer resort for the royal family of Jodhpur. The lawns and gardens with birds and peacocks finding their homes here, the place is exquisite. The palace reflects Rajputana style of architecture. The palace turned heritage hotel was built of red sandstone. 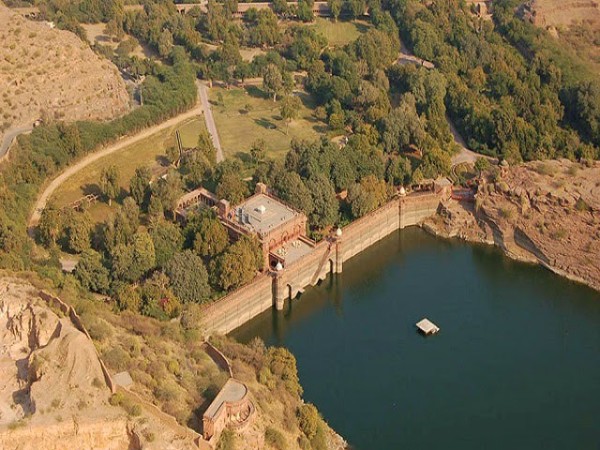 Kailana Lake is located on west of the city. This is yet another artificial lake, which was constructed in the year 1872 by Pratap Singh. This is one amongst the most frequented lakes in Rajasthan. It is a birdwatchers’ paradise. You could sail on a boat if you aim to add some breathtaking photographs to your collection. The view of sunset would be stunning.

The construction of Umaid Bhawan Palace Museum was started in the year 1929 and it was completed in 1943. The palace is situated on the highest point in the city. The 347-roomed massive palace is named one of the largest private residences in the world. The palace boasts of a combination of Indian and European style of architecture. A part of the palace still serves as a residence to the former royal family, while other two parts of the palace are converted into Taj Palace Hotel and museum.