Goa and its beaches do not need an introduction. The state is well known for its spectacular beaches that are a major reason behind its successful tourism. Replete with swaying palms, food shacks, flea markets, water sports and nightlife the Goa beaches make for a perfect holiday. Covering almost 83% of the total coastline area of Goa the beaches in Goa offer everything that makes your vacation a memorable one. 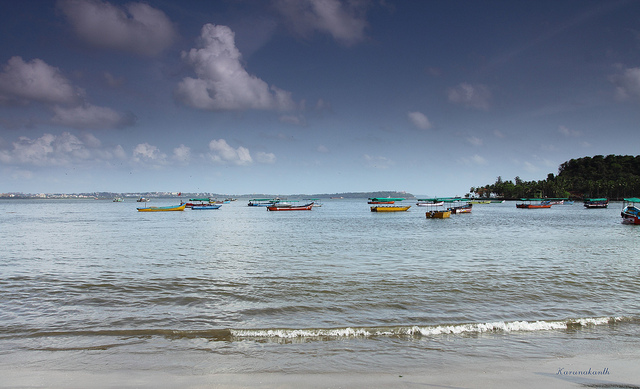 The captivating beaches of Goa attract millions of local and foreign tourists throughout the year. Goa is home to both commercial and quiet beaches. The beaches in North are the commercialized ones which are known specially for their nightlife. The South Goa beaches are ideal for relaxing and just lazing around on the sun kissed shores. Heaven for all kinds of tourists the beaches in Goa over the years have evolved as one of the hottest tourist destination in India. Inviting as they are with their enchanting appearance the Goa beaches are mostly situated around Margao Mapusa and Panaji.

Goa is a popular state located in West India which is famous for its mesmerizing beaches. The deep blue sea, soft sand, swaying palms and coconut trees, delicious seafood, water sports and night-life of the Goan beaches makes it a popular and most loved tourist destination. About 83% of the Goan coastline is covered with beautiful beaches that will take your heart away. 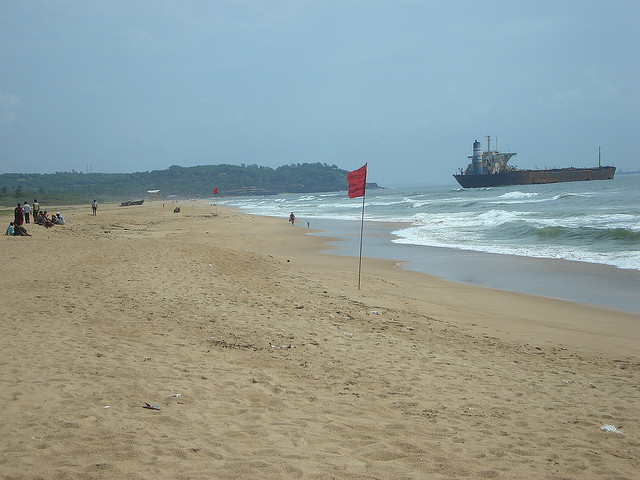 Located about 8 kms to the west of Mapusa (north Goa), Anjuna Beach is spread over 30 kms in length. It forms a part of the coastline of Goa along the boundary of the Arabian Sea and is situated in Bardez Taluka, 18 kms away from Panaji.

Located in North Goa, at a distance of 50 kms from Panaji, Arambol Beach is an immaculate and secluded beach that can be reached by roads through a channel of cashew trees. Spread over an area of 16 km, it consists of two beaches – an easily accessible Harmal Beach, the northern-most beach of Goa and the less accessible scenic beach on the southern half which is covered by steep cliffs on both the sides and can only be reached on foot.

Baga Beach is located about 15 km from Panaji and gets its name from the Baga river at the north end of the beach that flows into the Arabian Sea. Situated at about 8 kms from Mapusa in the westward direction, it adjoins the Calangute Beach in the south and the Anjuna Beach in the north. It is one of the most happening beaches on the coast. It figures in the list of most crowded and busy beaches of Goa. The whole of the beach is covered with beach umbrellas and beach beds where foreign tourists can relax and enjoy sun bathing. One can also relish feasting on the everlasting supply of cocktails, mocktails and food. The rare view of the joining of the river and sea at Baga Beach is also astounding.

Explore all the places and have a blast in your trip.