Chicago, the “Windy City” as it is often called, lies along the shores of Lake Michigan. It is known for its vibrant arts scene, numerous cultural attractions, excellent shopping, and interesting architecture. The city enjoys a worldwide reputation as a focal point of 20th century architecture and art, with architects such as Louis Sullivan and Frank Lloyd Wright, and artists like Picasso, Mirõ, Dubuffet, and Chagall having left their mark. The city also has much to offer in the sporting sphere, too, with the Chicago Bears in American football, the Chicago White Sox and Cubs in baseball and the Chicago Bulls in basketball. Last, but not least, are the beautiful beaches. 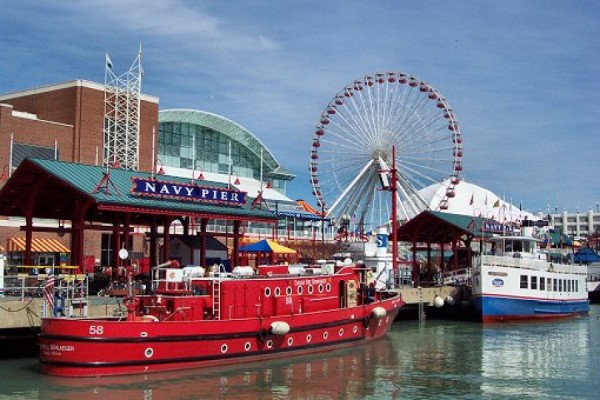 The Art Institute of Chicago is a world class museum with hundreds of thousands of artworks. The diverse collection spans thousands of years and includes pieces from a variety of media including painting, prints, photography, sculpture, decorative arts, textiles, architectural drawings and more. The Institute is known for its collection of impressionist and post-Impressionist paintings including Georges Seurat’s 1884 “A Sunday Afternoon on La Grand Jatte,” Renoir’s 1879 “Acrobats at the Circque Fernando” and numerous paintings by Claude Monet. The main building, designed by Shepley, Rutan, and Coolidge in beaux-arts style, was built for the 1893 World’s Columbian Exposition. Several other buildings have been added on over the years and today the complex measures 400,000 square feet.

Millennium Park is located in downtown Chicago bordered by Michigan Avenue to the west, Columbus Drive to the east, Randolph Street to the North and Monroe Street to the South. The main features of Millennium Park include the Jay Pritzker Pavilion, an outdoor concert venue; the interactive Crown Fountain; Lurie Garden; and the Cloud Gate sculpture on the AT&T Plaza.

Michigan Avenue and the Magnificent Mile

Michigan Avenue is probably one of the most attractive boulevards in America. The city’s famous Magnificent Mile is a section of Michigan Avenue north of the Chicago River, with numerous galleries, boutiques and luxury shops. Some of the attractions along here include the John Hancock Center, the Wrigley Building, and the Tribune Tower. Michigan Avenue splits between North and South designations at Madison Street. 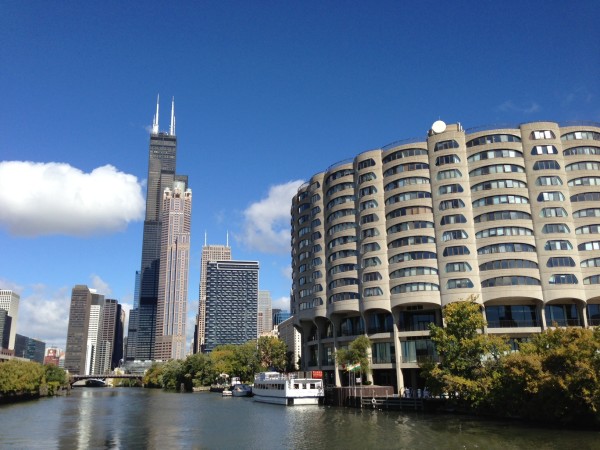 The Navy Pier originally opened in 1916 as an amusement area and shipping facility but is now one of Chicago’s most popular tourist attractions. Today, the Navy Pier is made up of 50 acres of gardens, attractions, shops, restaurants, concert venues, and parks. There is a 150 ft Ferris wheel and an historic carousel in Navy Pier Park. Visitors can also watch a film at the 3D Imax Theater, watch actors perform the classics at the Chicago Shakespeare Theater, or visit Crystal Gardens, a one-acre, six-story, indoor botanical garden. Also located here is the Chicago Children’s Museum. The Pier hosts year-round festivities, including the Chicago Festival in August. Cruise ships leave from here on various sightseeing excursions

Museum of Science and Industry

At the north end of Jackson Park is the Museum of Science and Industry, founded in 1933, and arguably the most impressive museum in Chicago. It is devoted to the application of natural laws in technological and industrial development. The museum is thought to be the first in the U.S. to incorporate the idea of “hands-on” exhibits. Visitors are encouraged to interact with hundreds of exhibits. The MSI features permanent and changing exhibits, as well as an OMNIMAX theater.