Italy has given many powerful and reformist leaders and skilled personalities to the world; and there are many graveyards and cemetery in this country that bears testimony to the great and widespread talent that Italy boasted of. One such cemetery is the Cimitero Acattolico or the Non-Catholic Cemetery that is located in Porta San Paolo in Rome. This cemetery is also known as Cimitero degli Inglesi which translates into ‘Englishmen’s Cemetery’. This cemetery is very popular among the visitors as it holds graves of many famous personalities and is the only cemetery in the world to be the last destination of so many notable personalities. 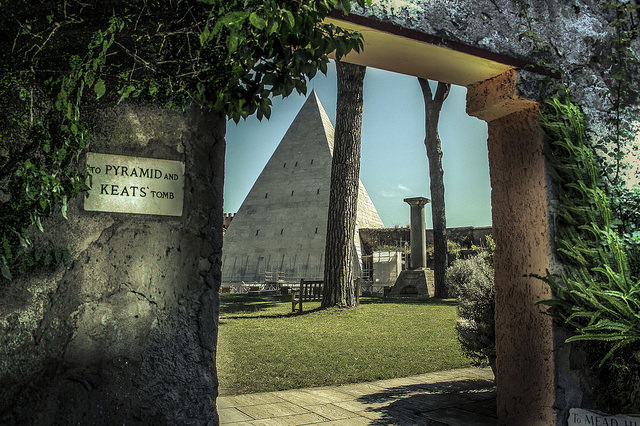 The laws of the Catholic Church prevented the Protestants to be buried in a Catholic cemetery; as a result, when members of the Stuart Court in exile were to be buried, Pope Clement XI allowed the burials to take place in the space in front of the pyramid, thus this cemetery was formed. Anciently known as the Protestant Cemetery or Cimitero Protestante, this cemetery had its first known burial in the year 1716. The remains in the grave of a University student named Langton who died in 1738 was excavated in 1929 and was noted to be covered with a shield. With time, the cemetery increased in size and many famous personalities were buried here. This cemetery is one of the must visit places in Rome and the most visited graves are of young and popular English poets John Keats and Persy Shelley and Cimitero Acattolico tours pour in hundreds of visitors everyday to their grave. Other notable graves are of Antonio Gramsci and Karl Brullov along with the grave of the son of Gothe.(image  by (¯`•.¸Stregh¸.•´¯) Annalisa) 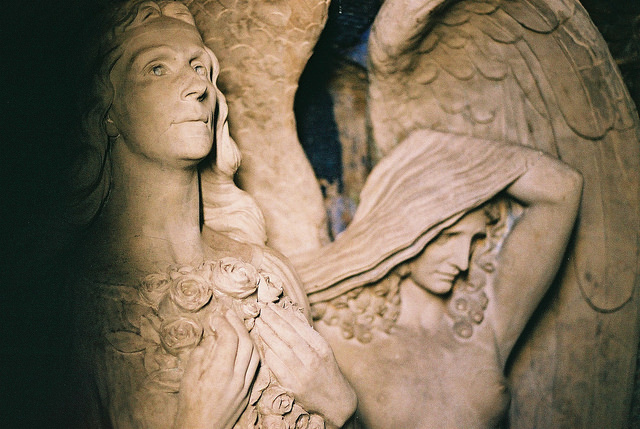 The Non Catholic Cemetery enjoys special protection as it was defined a culturally important landmark in Rome after a formal agreement was made in this regard in the year 1910 by Ernesto Nathan, the then Mayor of Rome; thus listing it among the popular must visit places in Rome. The year 1918 turned out to give Cimitero Acattolico tours a much deserved boost when an official declaration made the cemetery a Monumental Area of National Interest.(image by Tabsinthe)

The Old Cemetery was secured by a protective moat that was dug around in 1824. The New Cemetery is surrounded by the Pyramid and Aurelian Walls and its dimensions were increased twice in the 19th century; with the last extension occurring in the year 1894. Four years later, a chapel was constructed on the premises of the Non-Catholic Cemetery that occupies around 50 to 80 people at a given time and gave a boost to the cemetery making it one of the must visit places in Rome. The visitors from Cimitero Acattolico tours are allowed inside the chapel and it is available on rent for funeral and other ceremonies. The various sculptures and statues on the tombs and graves make the cemetery swarm with tourists all around the year.

The Cimitero Acattolico tours are incomplete without having a look at the monuments surrounding it. The Pyramid of Caius Cestius and the Aurelian Walls are located near the cemetery and these two attractions help the cemetery to be among the must visit places in Rome.