The capital of the Badami Chalukyas from 540 AD to 757 AD, Badami was known by the mythological name Vatapi. After the establishment of the Chalukya Empire in 500 AD, the Chalukya King Pulakeshi designed a fort at Vatapi and created it the kingdom’s prized capital. Town is known for its many archeological monuments that the Badami Chalukyas designed. Most buildings exemplify the distinctive Dravidian fine arts designs. Town came underneath the reign of the assorted kingdoms and dynasties just like the Vijaynagar Empire, Adil Shahi kinfolk, Mughals, Marathas, Mysore Kingdom and also the British. Here’s the list of the simplest places you’ll be able to visit in Badami. 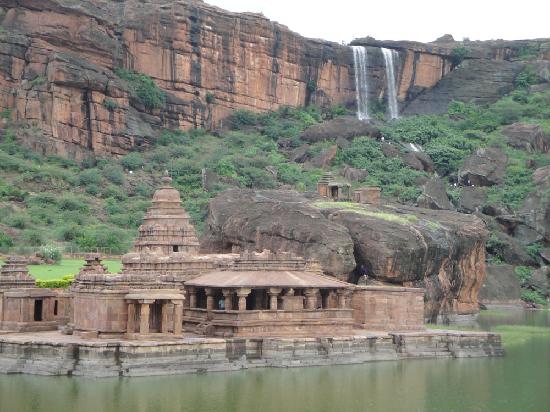 The temples were created by the Badami Chalukyas within the 6th and the 7th centuries. Badami cave temples were inscribed from a huge arenaceous sandstone cliff located within the town. The sandstone cliff located was excellent for carving, and also the cave temples are marvelous samples of the Badami Chalukya design. The temples area unit set between a ravinesenclosed by large cliffs. The design could be a fine cross between Nagara (north Indian) and also the Dravidian (south Indian).

The temples are in-built soft sandstone far-famed during this region and were designed by the Badami Chalukyas between the seventh and also the eleventh centuries AD. The group of shrines is devoted to the Hindu deity Bhutanatha that is another name for Lord Shiva. The temple complex is a prized specimen of the marvelous Badami Chalukya architecture which was a blend of the north Indian and south Indian styles. The various stone sculptures and stone carved structures will make you spellbound for sure.

While the ancient fort built by the Chalukyan King Pulakeshi in 543 AD is in ruins, it is still a must visit due to the quaint nature of the surroundings and the fort’s location. The fort was ransacked and destroyed by the Pallavas in 642 AD. The fort walls and a gate are the only remnants of the once marvellous architecture. 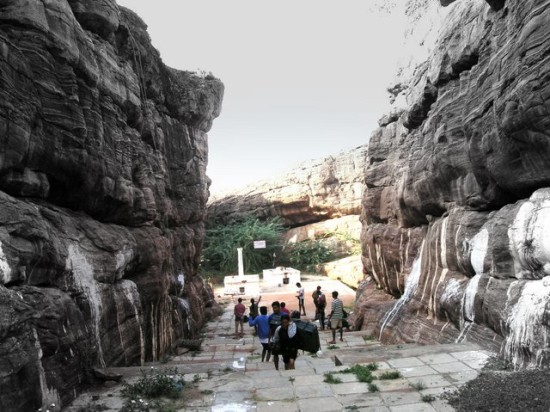 Malegitti Temple is dedicated to Lord Shiva the Temple is built above the Badami fort and overlooks the beautiful Agastya Lake. This temple is the oldest in Badami and was built during the 6th century AD. The views from the temple are marvelous and must be visited.