Sydney is one of the most vibrant and exciting cities on earth. Its sparkling harbour, dazzling beaches and sunny, Mediterranean climate are matched by an array of world-class museums and art galleries, a 24-hour nightlife, relaxed lifestyle and rich architectural heritage. 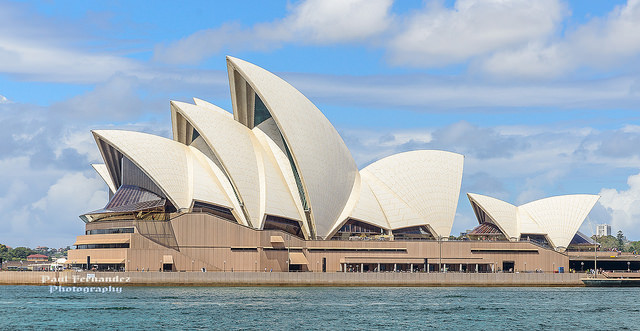 Fly over beautiful Sydney Harbour by helicopter for a bird’s-eye view of Sydney. Your expert tour guide will show Sydney from the ground and then the helicopter’s pilot will show all the sites as you soar through Sydney skies for approximately 30 minutes. You’ll have the best vantage point of Sydney and its sparkling blue harbour, 1,000 feet up in the air during your memorable helicopter flight.

Sydney Tower is Sydney’s tallest free-standing structure. The tower stands 309 m (1,014 ft) above the Sydney CBD, located on Market Street, between Pitt and Castlereagh Streets. Four sections of the tower are open to public, three being occupied by Sydney Tower Dining. “360 Bar and Dining” (360) is located on level One of the Sydney Tower. 360 is a restaurant space that has revolving views of the Sydney skyline. Sydney Tower Buffet (STB) is located on the tower’s second level. STB is a contemporary self-select restaurant that has banquet-style dining, with about 40 dishes on offer. Sydney Tower Eye takes you to the highest point above Sydney for breathtaking 360 degree views of the beautiful harbour city.

Activities for kids around Australia

School holidays and vacations are all very fun for kids in Australia with a whole lot to do but there is plenty more for the rest of the year as well. Learning to surf, visiting a local petting zoo with native animals or even exotic ones, simple things like a picnic or BBQ at the beach, even experiencing Aboriginal culture and learning how to throw a boomerang from the experts.

Canberra, our capital, has not only great National Museums and art galleries but also vast expanses of wilderness to explore. A great place for learning everything about this country called Canberra. The Northern Territory has nature at its best. Take an Aboriginal tour, see crocodiles in their environment and explore the National Parks. Australian Toy Museum, Melbourne Sports and Aquatic Centre, Scienceworks, Kryal Castle, Collingwood Children’s Farm and Puffing Billy Melbourne Kids Activities.